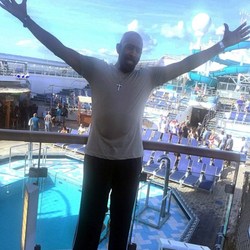 Bolduc said it appears Fields called 911 shortly after 4 p.m. Monday and reported he was thinking about killing his wife.

Officers Peter Chunn, 45, and Dylan Krecic, 25, got to the scene in the 3200 block of Southwest Constellation Road and encountered a man with a knife, Bolduc said.

“The male suspect refused to disarm himself after repeated demands from the officers,” Bolduc said Tuesday. “As the male advanced towards the officers, the two officers discharged their firearms and struck the male.”

Bolduc said it appears each officer fired one shot.

Bolduc said Fields was taken to a hospital where he was pronounced dead. He said Fields’ wife needed no medical assistance.