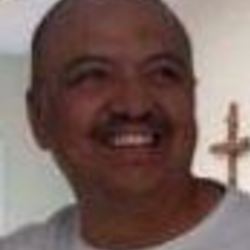 Bernalillo Police Chief Tom Romero said Ben de Baca was involved in a car crash just after 6 p.m. Sunday in a nearby McDonald's parking lot that investigators believe was sparked by a domestic altercation with a woman. Romero said his department started getting calls after de Baca, 45, ran into the Walmart after the crash and began fighting with people inside the store. Romero said officers called for backup, because the man wasn't cooperating. The chief said de Baca was finally handcuffed and taken outside because he was still struggling with officers. At some point, de Baca suddenly became unresponsive, and officers began to perform CPR on him. Romero said the man died.