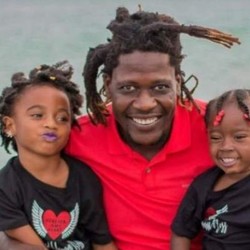 Barry Gedeus, 27, was shot and killed by a Fort Lauderdale police officer.

Gedeus was on his bicycle in the 2300 block of Northwest Sixth Place in Fort Lauderdale. His family claims he was heading home as police in the area were searching for an alleged sexual assault suspect.

Police were looking for a black male with dreadlocks -- Gedeus apparently fit the description. The family has hired an attorney.

“He was struck by a police cruiser,” family attorney Lee Friedland said. “After he was struck by the cruiser, the officer reaches out and attempts to grab Mr. Gedeus who, in fear for his life, essentially, heads down this road, and is shot, and what we know, completely unarmed.”

But Fort Lauderdale police said there was a violent scuffle between the two, that officer Robert Morris was injured, had to be taken to a hospital and has had several surgeries since.

June 2020 According to an internal-affairs report obtained by New Times, Fort Lauderdale police Officer Robert Morris has been reviewed for 82 use-of-force incidents since he joined the department in 2006. None show that he was ever found in violation of departmental policy.