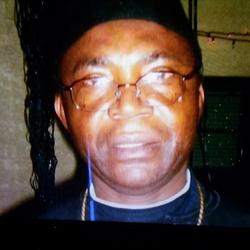 Police responded to a 911 call about a fight in a home. When police arrived, things quickly escalated, and by the end of the night, Mbegbu was dead. Mbegbu allegedly fought with officers, spilled liquid on them and kicked an officer in the groin, according to investigators. Mbegdu was then tasered, shortly after he died.

Sabinus Megwa, an attorney representing Mbegbu's wife, said what Mbegbu's wife and sister-in-law say happened at the house last night is "totally different from the police account of what transpired."

Megwa said there was no fight at the home, and police shouldn't have been there. He added that Mbegbu only became agitated after police refused to leave the home.

Although the PPD statement says the department is "committed to ensuring a complete and thorough investigation into this incident to determine the circumstances of Mr. Mbegbu's death," Megwa and the protesters at city hall yesterday were calling for an independent investigation.

"This is not the first time a black person has been killed in this city by police," Megwa said. "Each time, they find nothing. It's about time that they do a thorough investigation and tell us why it is that this man died."