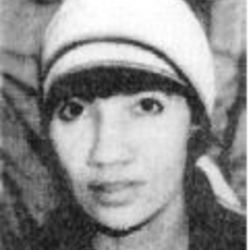 In all the tales of sudden death in New York, there are always the salient facts: the strange, sad circumstances of the final encounter, the grim details of weapons and wounds, the history of a life tragically cut short. There are such facts about the life and death of Aurea Bonnie Vargas.

She grew up in a small town in Puerto Rico. She attended schools there and in New York. She became a bilingual teacher of handicapped children. She was 41 years old, unmarried and living at 202 Riverside Drive on the Upper West Side. And she was killed last Friday when she stepped from her door, was seized by a fleeing bank robber and was shot through the heart in a hail of police bullets.

But the facts about Miss Vargas, those who knew her say, have little to do with her education and employment record and everything to do with the way she tended roses, helped a partly paralyzed friend, comforted learning-disabled children and affected her family and neighbors in a hundred subtle ways that somehow seemed vastly more meaningful yesterday than a week or a year ago. Simple Things, Often Lost

Like most anonymous New Yorkers, Ms. Vargas, whose family took her body home to Puerto Rico yesterday, was a very private person, and when friends spoke of her yesterday they used plain words like wonderful, nice, modest, shy and helpful. And they told stories of simple kindnesses, things that are often lost in a city of great riches and soaring ambitions.