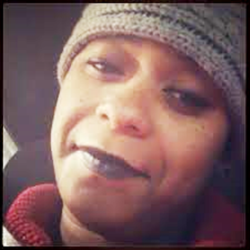 A breathless man tells the address quickly. A house on Winewood Avenue. It’s late on a Sunday, a little before midnight.

More details spill out too quickly for the dispatcher, who asks again, “What’s going on?”

The man identifies himself as the homeowner, Victor Stephens. “A woman jumped on me! She … she tried to k— …” The two struggle to communicate. “Could you get her please?”

What happened after the officers arrived is unclear. Stephens has said he and Rosser were in a heated argument when he made the call, according to local reports. He says he called the cops to escort Rosser out of his home. When officers arrived, they claim Rosser “confronted” them with a knife. Officer Reid shot Rosser, killing her. Michigan State Police say Rosser was shot once but declined to say where. Stephens said she was shot twice; once in the head and once in the chest. “Why would you kill her?” Stephens said to local news outlet MLive a day after the shooting. “It was a woman with a knife. It doesn’t make any sense.”

Aura Rosser was fatally shot after police say she confronted officers with a knife inside a home in the 2000 block of Winewood of Ann Arbor, according to officials. Rosser, of Ann Arbor, was shot once, according to Michigan State Police First Lt. Sean Furlong. Rosser's boyfriend, 54-year-old Victor Stephens, initially told The Ann Arbor News she was shot twice, once in the head and once in the chest.

The use of deadly force is unusual in Ann Arbor, Furlong said, adding that that Ann Arbor police officers haven't used it at least since the 1980s.

"It doesn't happen very frequently in Ann Arbor," he said. "It's a very safe city."

Meanwhile, no information was being released about the Ann Arbor officer who fired the round that killed Rosser beyond an initial press release identifying the officer as male.

Furlong declined to release his name, deferring the question to the Ann Arbor Police Department.

Furlong did say the officer was immediately placed on administrative leave following the shooting Sunday night and that there was still ongoing discussion about his status Monday, but that the officer has not returned to active patrol.

One year later, another group organizer, Austin McCoy, 35, said the group disagrees on the legal issues at hand in Washtenaw County Prosecutor Brian Mackie's decision that the shooting was justified, and said they share questions the American Civil Liberties Union has expressed in her death.

Earlier this year, the ACLU recommended outside prosecutors review the case.

Ahead of the council meeting, Ahmad-Robinson said one of the group's aims is to encourage police training focused on dealing with those with mental illness.

McCoy said the group continues to request that the officer who shot Rosser, Officer David Ried, be fired in order to send a message that police will be held accountable for officer-involved deaths and seeks to have an oversight board put in place.

A few hundred protesters marched through downtown Ann Arbor on the one year anniversary of the shooting of Aura Rosser. The activist group Ann Arbor to Ferguson organized the march and subsequent vigil.

March 2015 there was an action at the local council meeting.

What really kicked things off was the grand jury decision in Ferguson. Responding to the national call for actions in the wake, a small group of organizers called for a demo in Ann Arbor with the hope that 50 or 60 people might come out. It was set up as a “vigil” because the organizers weren’t sure there wouldn’t be enough people to march. Candles were acquired. But the grand jury decision was a spark that during the next 24 hours caught and spread like a prairie fire. The demo on November 25 was unlike anything folks have seen in Ann Arbor for years, even decades. Upwards of 1000 people came out to hear speeches by black, Palestinian, and Mexican students and community members articulate the specificities of anti-black racism and its overlaps with and divergences from other forms of racialized state violence both in the United States and abroad. Then, behind a glittery banner reading BLACK LIVES MATTER, the crowd easily took the streets and marched through downtown to the police station, blocking traffic the entire way.