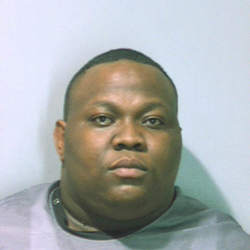 The first incident happened at a Tucker motel on Mother's Day. Twenty-nine-year-old Audrecas Davis' family told Channel 2 Action News reporter Richard Elliot that police used a Taser on him when he became combative with paramedics. They said housekeepers discovered the younger Davis semi-conscious on his bed and called 911. Police used a Taser to try and subdue him, Davis' father, Jimmy Davis, told Elliot. Davis said his son weighed more than 350 pounds and suffered from hypertension and was borderline diabetic.

Davis died later at a hospital. No one knows yet if Davis died from the Taser or from his medical condition.

"(Investigators) were never able to let me know exactly what happened to his body," said Jimmy Davis. "Did he fall to the floor? Did he hit the ground? Or what happened? I did not get an answer."

"Officers responded to an EMS call for assistance at 3585 Chamblee Tucker Road. Upon their arrival, officers encountered a male subject who initially complied with officer's commands, but later became combative. The combative behavior continued and after several attempts to physically subdue the suspect, a Taser was deployed.  The man was placed on a stretcher for transport when he became unresponsive. The male was transported to DeKalb Medical Center where he was later pronounced dead."

Davis was suffering from a seizure and was at worst resisting medical treatment, the suit says. Police were called when paramedics had difficulty with Davis when he was suffering from a medical emergency. "The officers used the (Taser) to intimidate and coerce Mr. Davis into submission and compliance with their requests so they could restrain him with the use of of handcuffs," the Davis lawsuit said. "He was helpless. It was not a serious incident relative to public safety or to the safety of others. Mr. Davis had committed no crime." The autopsy determined he died from cardiorespiratory arrest, and he also had caffeine and nicotine in his system.

The Georgia Supreme Court took just over two pages Tuesday to toss an appeal by DeKalb County police officers seeking to dismiss a wrongful death lawsuit brought against them by the family of a sick man who died after the officers repeatedly shocked him with a Taser.

The unanimous decision paves the way for the case to go to a jury. The high court ruled that the police never had the standing to appeal in the first place.

DeKalb County State Court Chief Judge Wayne Purdom had denied the police officers' motion for summary judgment based on claims of qualified and official immunity from prosecution. The police appealed. Last year the state Court of Appeals affirmed Purdom's ruling, and the police brought the case to the high court.

Chief Justice Hugh Thompson wrote for the Supreme Court that the officers did not have the right to appeal the trial court judge's order. Thompson said the Supreme Court "recently reiterated the rule that we established in Turner v. Giles," 264 Ga. 812 (1994). Thompson said that an order denying a motion based on an immunity defense is interlocutory, and that it is not directly appealable under the collateral order doctrine.

Thompson noted that last month in Rivera v. Washington, No. S15G0887, "we overruled numerous Court of Appeals cases that had applied 'the collateral order doctrine in cases claiming sovereign, official, qualified, or other immunity.'" Thompson said that since the trial court's order denying the police officers' motion for summary judgment was not directly appealable, the Court of Appeals should have dismissed the direct appeal.

The Supreme Court sent the case back to the Court of Appeals to dismiss and return it to Purdom to prepare for a jury trial.

At oral arguments in February, several justices asked questions reflecting shock and sympathy for what happened to 29-year-old Audrecas Davis. He was pronounced dead on arrival at a hospital after police forced him into an ambulance in May 2010. They had been called to remove Davis from a motel room after his checkout time had passed, and staff had discovered him there having seizures.

February 2016 Supreme Court of Georgia - Cases due for oral argument