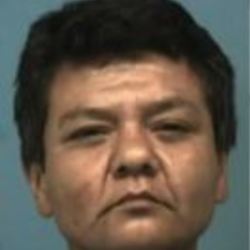 Inmate was arrested and booked in to Travis County on 08-05-15 at 10:10 AM. Inmate was moved to the Travis County Correctional Complex on 08-06-15 at 9:00 PM. She was housed in cell 12 A1 102B which is multiple occupancy. The unit is a maximum/medium security unit. Inmate was founding hanging in a first floor shower stall at approximately 8:57 AM on 08-17-15. Officers and jail nursing staff initiated CPR procedures and continued until paramedics arrived. Paramedics continued life saving procedures until a death pronouncement was given at 9:49 AM. Inmate died in the jail.
Authorities are investigating the death of an inmate at the Travis County Jail.

“She was a very outgoing, loving, caring person,” said Gina Muncrief, Covarrubias’ partner of five years. “She’d give you the shirt off her back if you needed it more than she did.”

Despite the efforts made to save her by corrections officers and Austin-Travis County EMS, Covarrubias was pronounced dead at 9:49 a.m. Her death is the 30th suicide in Texas jails this year.

Covarrubias had been in custody since her arrest on Aug. 5. She was originally arrested on three warrants out of Williamson County.

So far, the Sheriff’s Office Major Crimes Unit has not found any evidence of foul play. The Travis County Medical Examiner’s Office has ruled the cause of death as suicide by hanging. They say Covarrubias was found hanging from a shower curtain rod with what appeared to be a bed sheet.

She and family members want to know how this happened.

“I have a lot of questions and I have yet to get answers, and I really feel like this could have been prevented,” said Muncrief. “Why was she not getting the medical attention that she needed?”

Muncrief believes one suicide should be enough to cause change in the criminal justice system, and that 30 is unacceptable.

“I’m not going to stop until I get the answers I feel I need to hear,” said Muncrief.

She hopes change will happen, but wishes it wasn’t at the expense of the person she loved.

Family member will hold a benefit for Athena on Thursday at 6202 Marygold Terrace from 11 a.m. to 4 p.m. They have also set up a GoFundMe page.