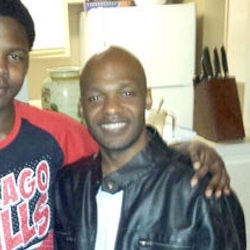 Responding officers, assisted by Jackie Roberts, attempted to handcuff Askari Roberts. During the ensuing struggle, one of the officers tried to use a Taser on Askari, but Askari attempted to grab the device. Officers were able to grab Askari's arm and handcuff him, but he continued to struggle. Shortly after he was handcuffed, officers noticed Askari Roberts was unresponsive. They attempt to perform CPR until paramedics arrived. Roberts was taken to the hospital and pronounced dead at 12:36 a.m.