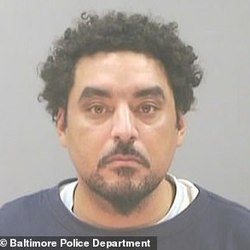 Authorities have said Pinkney was buzzed into the clinic, demanded methadone and opened fire.

Police spokesman Jeremy Silbert told the Baltimore Sun that investigators believe Pinkney, 49, shot lab technician David Caldwell, who later died at a hospital. Silbert said the unnamed clinic employee was “possibly injured during the gunfire by shrapnel or other debris.”

“David had been with LabCorp for five years. We will provide the authorities whatever assistance they need in their investigation,” the company said in a statement.

The drug that Pinkney was seeking helps control opioid cravings and withdrawal symptoms. It can be given only at government-regulated clinics.