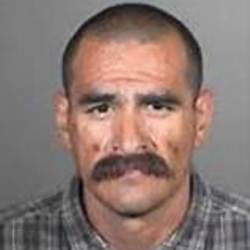 Arturo Lopez was gunned down near 30th Street West and Avenue K-4 at around 11 p.m. in Lancaster, a Los Angeles County Sheriff's Department spokesman said. He died at the scene. Deputies had initially tried to carry out a stop on two pedestrians, however, the situation escalated, according to investigators. According to a sheriff's department statement, the man took an assault pistol from under his jacket and deputies opened fire. The handgun, a semi-automatic assault pistol, was recovered next to the man's body, according to the statement.