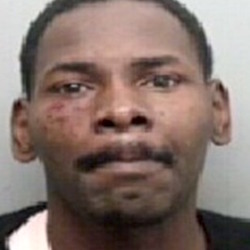 The Union County Sheriff says a deputy arrived at a pharmacy in Strong after an alarm triggered early Thursday morning. He says the deputy, whose name was not released, found 36-year-old Artago Damon Howard of Monroe, Louisiana, inside. The sheriff says the deputy and Howard struggled briefly, and the deputy's weapon discharged. Authorities say Howard fled the store, but the deputy caught him outside. Once the deputy realized Howard had been shot, authorities say the deputy requested an ambulance. The suspect died outside the pharmacy a short time later.