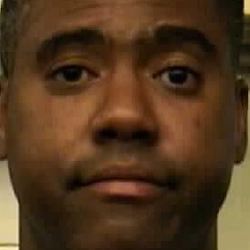 Albuquerque police say an officer shot and killed a man involved in a SWAT standoff at a northwest Albuquerque home on Saturday night.

The video APD chose to release Tuesday has been limited to less than 45 seconds of video taken after Martin was shot by police, but not what led up to it. The actual shooting was also not released.

“Our goal was to get whatever we could as soon as we could,” APD Deputy Chief Eric Garcia said during a news briefing.

“Mr. Martin exited his home with a handgun in each hand, and fired shots,” Garcia said.

“When it suits their purpose, they come right out with a video. There are many shootings they’ve come right out with the video without withholding it,” Kennedy said. “When they have some concerns or issues with their own liability, they withhold it. It’s not a consistent policy.”

Shortly after that around 2:45 p.m. Martin called 911 and pleaded with an operator for police to leave him alone.

“There's cops out here who keep yelling my name. I don't know why they're yelling my name. I took my sleeping medication. I'm a disabled veteran. I'm trying to go to sleep, and I don't understand why I'm being harassed," Martin said in the call obtained by our partners at the Albuquerque Journal.

Following the call, a series of flash-bang grenades were deployed into Martin’s home, and tear gas followed.

At 6:20 p.m., Martin exited the home, and police say he was shot and killed when he began firing two pistols at them.

Four months later, Martin’s wife Gail says she doesn’t understand why things had to end the way they ended.

Martin says she believes the police agitated her husband, who struggled with depression and ultimately, it all pushed him over the edge.

“I truly think he would be alive if they could have handled the situation differently,” she said. “I don’t understand why they had to take away my husband. He was a good man.”

Martin's toxicology report says he did take sleeping medication and had a blood alcohol level of 0.08.

Garcia also said some of the officers turned off their lapel cameras to conserve battery power during the long standoff. Others were more concerned with taking cover during the shooting rather than turning on their cameras, Garcia said.

"We did not position any officers directly in front of the house, they were all taking cover behind armored vehicles and distanced from the home during the first volley of shooting by Mr. Martin and the second, when he exited the home shooting with two handguns so you are not going to see any lapel video of the shooting," police spokeswoman Tasia Martinez said in a written statement.

Lapel camera footage has been a point of contention for the Police Department. Some residents are still upset after officers said they were unable to recover lapel camera footage from an officer who fatally shot Mary Hawkes on April 21 — the first officer-involved deadly shooting after the federal report was issued.

May 2014 Even though the video seems to support officers' use of force, the shooting generated outrage around this city of 550,000 and sparked another angry protest. Some residents said they've all but lost faith in the police, and angry demonstrators took over the regularly scheduled city council meeting Monday night, chanting for the ouster of the police chief, shouting at council members and causing so much disruption that the city council president adjourned the meeting.

Critics say the shooting is another example of persistent problems in the city's police department.