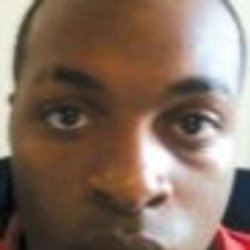 Shot during a physical altercation with police. Officers were responding to a report of a fight between teenage girls and young adults. Neighbors report that the man was not involved in the fight and when shot. Officer Lewis claims Waiters was running from police to avoid arrest on outstanding warrants, however witness’ say “When Lewis seized Waiters, he did not have probable cause to believe that Waiters had been involved in criminal activity; he only knew that Waiters had been walking away from an incident involving several teenage girls.” Unarmed Waiters was lying faced-down on the ground, being handcuffed by a Union City police officer, when the officer fatally shot him. Laying on his belly with his arms outstretched above his head Lewis then knelt beside the teen, putting one knee into Waiters’ back as he affixed handcuffs to the teen’s left wrist, attempting to comply with Lewis’ commands Waiters reached his right hand behind himself to be cuffed. Lewis fired two shots into Waited back. Union City police refused to allow a registered nurse – one who provided her credentials to officers – into the shooting scene to render aid to Waiters as he lay bleeding following the shooting. Autopsy confirmed Waiters was shot in the back close enough to leave burn marks on his skin, Murdered by Union City PD

June 2016 The family of Ariston Waiters, a 19 year old shot and killed by a Union City police officer in 2011, plans to make a new push to make sure the Luther Lewis never wears a uniform again.