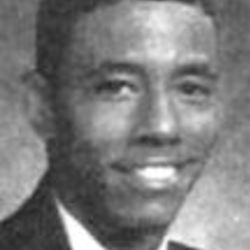 The Rev. C. J. Malloy Jr. of First Baptist Church of Georgetown isn't known as a rabble-rouser. Like most pastors, the Rev. Malloy spends a good deal of time working on his weekly sermon, various church programs and his congregation's spiritual needs. But on Sunday, May 16, a Men's Day guest speaker gave First Baptist worshipers an account of what happened to 24-year-old Archie Elliott of Prince George's County on a summer's day in 1993. The Rev. Malloy hasn't been the same since.

The following Wednesday, the Rev. Malloy drove to the Prince George's County courthouse and got himself arrested. He wasn't alone. Martin Luther King III, president of the Southern Christian Leadership Conference, also was handcuffed, hauled before a judge and charged with blocking the courthouse entrance. They weren't the first to get busted.

Protesters, motivated by the same story that spurred the Rev. Malloy into action, have been showing up at the courthouse every Wednesday for the past several weeks. They too have heard the account of Archie Elliott's encounter with police on the afternoon of June 18, 1993. And they can't get over it either.

Archie "Artie" Elliott III was the son of Prince George's County schoolteacher Dorothy Copp Elliott and Archie Elliott Jr., a General District Court judge in Portsmouth, Va. That much isn't in dispute. Neither is the fact that he was driving home from his construction job to his mother's house when he was stopped by Jason Leavitt, an officer with the District Heights, Md., police. According to news accounts and court documents, Leavitt had reason to pull over the erratically driven car.

Three sobriety tests administered on the spot showed that Elliott -- shirtless and sockless, and wearing nothing but blue-jean shorts and sneakers -- was drunk and shouldn't have been behind the wheel.

Elliott got out of the car, as requested by Leavitt. He was searched, no weapons or contraband were found, his hands were handcuffed behind his back, and he was placed under arrest.

Enter Officer Wayne Cheney of the Prince George's County Police. Hearing Leavitt's radio report, Cheney joined Leavitt on the scene. Cheney, according to a written opinion of the 4th Circuit Court of Appeals in Richmond, helped Leavitt place Elliott in the front passenger seat of Leavitt's cruiser "with the seat belt fastened, the door closed and the windows rolled up."

Which makes what happens next so interesting.

Leavitt and Cheney, standing a few feet from the passenger side of the cruiser, said they saw Elliott pointing a gun at them, his right index finger on the trigger. Fearing for their lives, Leavitt and Cheney opened fire, getting off 22 rounds between them. Fourteen shots landed in Elliott's chest, arm, buttocks and right hand. He died with his hands still cuffed behind his back. A small-caliber handgun, found by Cheney after the shooting, was unloaded.

Then the wheels of justice churned.

A county grand jury concluded there wasn't enough evidence to criminally indict Leavitt or Cheney in the shooting -- but said county officers could use more training. Police internal affairs cleared the officers -- but said Leavitt had not thoroughly searched Elliott before putting him in the cruiser.

The police probe also produced a sworn affidavit from a motorist who said a few months earlier Elliott had threatened him with a handgun, which he identified as the one recovered from Elliott's body. An FBI lab report also said a blue fiber on the gun came from Elliott's shorts.

The disappointed Elliott family brought an excessive-force claim against Leavitt and Cheney in federal court. The officers' attempt to get the case summarily dismissed was denied, but the lower court's action was reversed by a sharply divided 4th Circuit Court of Appeals in Richmond, which concluded that the police had acted properly. The U.S. Supreme Court has refused to hear the case. The U.S. Justice Department decided there were no criminal civil rights violations. And Prince George's County States Attorney Jack Johnson, citing the grand jury, the Justice Department and the federal court of appeals decisions, said in an interview yesterday, "I cannot be a Ken Starr. I cannot reopen an investigation because people have decided the grand jury, the courts and the Justice Department have not resolved the issues to their satisfaction." He said county residents know him to be an aggressive prosecutor who has charged "at least 40 police officers, including two under indictment." But in Elliott's case, Johnson said, there is "no basis for me to reopen the investigation."

The Rev. Malloy and others disagree. Despite expert testimony in district court to the contrary, they question how an intoxicated man with hands cuffed behind his back could bring his cuffed wrists around to the front of his lap -- let alone point a gun at the officers. When his body was pulled from the car, they note, his hands were still cuffed from behind.

They also want to know why no gun was found during Leavitt's search. Elliott, after all, was only wearing blue-jean shorts and sneakers. They have a number of other questions about police handling of the shooting.

In 2020, the Say Their Name Podcast by DCP Entertainment published multiple episodes recounting Elliott's death and the aftermath.