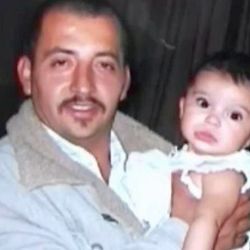 Antonio Zambrano-Montes was shot by police on February 10, 2015, in Pasco, Washington, after allegedly throwing rocks at cars and police officers. Zambrano, a 35-year-old man originally from Michoacan, Mexico, was shot and killed by three police officers. His hands were in the air when the police fired the shots. Police officers said one of the rocks was as large a softball. A toxicology report conducted by police found Zambrano's blood tested positive for methamphetamine.

The shooting was caught on video by a civilian who recorded the incident from about 50 feet away showing that Zambrano-Montes was running away from police and either had a rock in his hand or was unarmed as he was fatally shot by the officers.

It has drawn condemnation from the president of Mexico and multiple investigations, including inquiries by a task force of local police agencies, by the county coroner and by the Federal Bureau of Investigation. An official from the United States attorney’s office for the Eastern District of Washington has also called community leaders, assuring them that the shooting will get a thorough review.

On Wednesday, September 9, 2015, prosecutor Shawn Sant announced that the three officers who on February 10 gunned down Antonio Zambrano-Montes, a 35-year-old Mexican immigrant living in Pasco, Washington, would not face charges. Zambrano-Montes was shot 17 times, at least twice in the back, while he was unarmed and running away from the Pasco police.

On Wednesday, September 23, 2015, the City of Pasco announced that it was putting two of the police officers involved in the case back to work. The third involved officer is no longer with the force.

On October 21, 2015, it was reported that a coroner's inquest into the death of an orchard worker who was gunned down by Pasco police officers had been scheduled for some time in 2016.

It was reported on January 7, 2016 that Zambrano's parents filed a wrongful death suit against local authorities and the officers who killed him, accusing them of excessive force,

On June 21, 2016, the United States Attorney’s Office for the Eastern District of Washington announced that thery would not pursue federal criminal civil rights charges against Pasco Police Officers for the death of Antonio Zambrano-Montes.

In 2018, three years after the fatal shooting, a judge signed off on a $750,000 settlement to be split among his survivors.