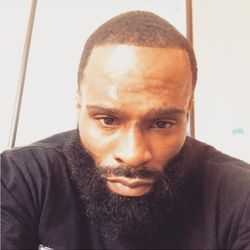 Antonio Levison, 33, died after being shot by a Cleveland police officer Wednesday afternoon in the city's East Side, authorities said.

Officers had been called to the area after reports of shots fired, police spokeswoman Sgt. Jennifer Ciaccia said in a news release.

A person flagged down the officers and pointed them in the direction of the shots, and officers saw two men running from the area.

A suspect ran into a driveway of a home on the 700 block of East 93rd Street but he fell, dropping a handgun. He got up and again began running from police.

The suspect ran into the backyard of the home. While in the backyard, he pulled out a second handgun and was shot by police, Ciaccia says. Police performed first aid before the suspect was taken by ambulance to the hospital.

Police did not say if the second suspect was captured. Two handguns were recovered.