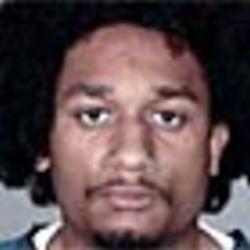 Antonio Bland, 25, a black man, was shot through the chin by police at Gramercy Place and Exposition Boulevard in Exposition Park and died at 6:14 p.m. on Sunday, March 4.

LAPD Southwest Division officers had been sent to a robbery call at a mini-market at 3781 Western Ave. On their way, a passerby flagged them down and gave them a description of the robbery suspect. They saw Bland near the corner of Gramercy and Exposition, identified him as the man they sought and tried to arrest him.

Bland ran and the officers chased him about 100 feet. Bland then turned, pulled a handgun from his waistband and aimed it at the officers, police said. Officer John Davis, 26, shot him. A handgun was recovered from the scene, they said. Bland is the suspect in two other robberies the same day, one of a nearby Burger King, the other of a discount store.