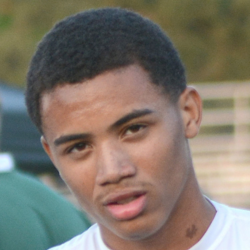 Anton Black, the African-American teenager who died in police custody on the Eastern Shore, suffered “sudden cardiac death” and it is likely that his struggle with law enforcement contributed, according to the autopsy report prepared by the Office of the Chief Medical Examiner.

Black’s family has been pushing for answers about his death for more than four months, but until Wednesday, little information was known. The 19-year-old aspiring model and soon-to-be father died Sept. 15, 2018 after a stop by a member of the Greensboro Police Department.

The autopsy report, obtained by The Baltimore Sun Wednesday night, states that an underlying heart condition and a mental illness were factors in Black’s death.

The incident began after a woman called 911 to report seeing a man kidnapping a child. Black’s family has said that the young child he was with was a family member and close friend, and the teen would never have put him in danger.

The autopsy finds evidence of blunt force trauma, including abrasions on his head and face. However, “There was no evidence (based on a review of officer interviews and a video of the incident) that the decedent was physically struck by officers, or had force applied to his neck,” the report states.

“It is likely that the stress of his struggle contributed to his death,” it reads. “However, no evidence was found that restraint by law enforcement directly caused or significantly contributed to the decedent’s death; in particular, no evidence was found that restraint led to the decedent being asphyxiated.”

The medical examiner said Black’s manner of death is best certified as an accident. A toxicology report found no evidence of drugs in his system.

Gov. Larry Hogan told reporters he’d taken a personal interest in the case and was pushing for information on what happened to Black.

Maryland State Police, who took over the investigation almost immediately, said the local officer got out of his vehicle and told Black to release the boy, which he did, and then place his hands behind his back for arrest.

The body camera footage shows Black fleeing on foot along Route 33. A Greensboro officer states on the video that the teenager is suffering from a mental illness — a claim his family has vehemently denied.

In the bodycam video (embedded below), a Greensboro officer uses his baton to shatter the car’s window and shocks Black with a Taser in an attempt to restrain him. It appears the taser may not have worked, and Black climbs out the other side of the car.

Officers force him to the ground, overpowering him in an attempt to put him in handcuffs and ankle restraints, the video shows. The civilian who joins in the chase assists the officers in restraining Black.

During one portion of the video, his mother, Jennell Black, steps out the front door of her home to see her son pinned down by multiple police officers.

“Anton!” she screams, as she watches what would be a fatal encounter between her son and law enforcement unfold.

Black quickly shows signs of medical distress, looking limp and unresponsive. His mother asks at one point: “Is he breathing?” The video shows him slumped over and not moving.

Black was taken to Easton Memorial Hospital, where he was pronounced dead.

The Greensboro officer at the center of the controversy is Thomas Webster IV. Prior to Black’s death, some residents protested his employment. He had been indicted on second-degree assault charges while working for a Delaware police force, according to the Wilmington News Journal. Dash-cam showed him kicking a black man in the jaw during an arrest in 2013. Webster was later found not guilty, and he resigned with a $230,000 severance package.

On January 24, 2019, the Caroline County, Md., state’s attorney said that there was not enough evidence to indict anyone in the death of Anton Black, the 19-year-old who died of cardiac arrest after a struggle with Maryland police in September.

In August 2022, the Black family reached a $5 million settlement with three Eastern Shore towns as part of a federal civil rights lawsuit.