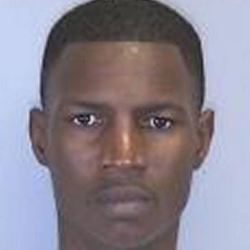 Anthony Robinson, 32, died at Blake Medical Center after an exchange of gunfire with two Palmetto police officers, according to Police Chief Scott Tyler.

The officers involved, Angel Uruchima, a five-year veteran, and Madison Peters, a five-month veteran, have been placed on paid administrative leave.

At about 1:30 a.m. Monday, police were called to the 1800 block of Fifth Avenue West after Robinson’s father called 911 to report that his son had just fired multiple shots outside his home. Within a couple minutes of the call, police officers spotted Robinson leaving the area and attempted to pull him over.

When Robinson refused to stop, Tyler said, a pursuit ensued. Robinson lost control of his vehicle and crashed at the intersection of Bayshore Road and Eighth Avenue West.

Robinson ran into the Memphis Cemetery, and when Uruchima and Peters followed him, an exchange of gunfire followed during which Robinson was shot.