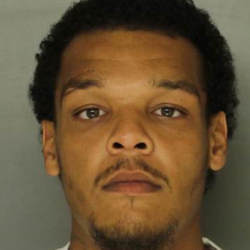 A 29-year-old Harrisburg man was killed after shots were exchanged with Lancaster city police as officers attempted to serve a warrant at a home in the city. Anthony Quinn Gomez Jr., whose last known address was in Harrisburg, had been at a friend's home in the 300 block of East Walnut Street in Lancaster when police attempted to serve the warrant. An officer, who has not been identified by police, suffered a gunshot wound to the shoulder and was taken to Lancaster General Hospital for treatment.