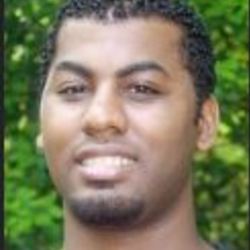 James City County Police responded at 4:22 p.m. Monday to a reported fight at Colonial Manor Senior Living on Pocahontas Trail. Two men described to be roommates were in an altercation that eventually moved outside.

A police officer got out of his car to confront the suspects, when one of them, who was driving a car, struck the 44-year-old officer. The officer was pinned between his vehicle and the suspect’s vehicle. That officer then began shooting into the suspect’s car, who drove away to the side of Colonial Manor and then returned on foot.

He began threatening to kill the injured officer, and after another brief struggle, the officer shot and killed Bland.

The injured officer was airlifted to Norfolk General Hospital, where he is being treated for a broken pelvis and a fractured elbow. Police have not yet released the name of the officer because it is an open investigation. A  news release said the officer has been with the James City County Police Department for about four years. He is a retired U.S. Navy veteran.