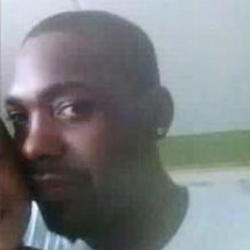 33-year-old Georgia man Anthony Marcell Green was shot and killed by a Kingsland police officer after a short chase Wednesday night, according to the Georgia Bureau of Investigation.

The GBI said Anthony Marcell Green was driving with an unidentified passenger about 10:42 p.m. Wednesday when a Kingsland officer followed the vehicle. Green stopped the vehicle at the intersection of Lily and North East streets, and he and the passenger ran off, police said.

According to investigators, when the officer who ran after them caught up with Green about two blocks away, "a brief altercation" ended with the officer firing multiple shots that killed Green.

The passenger has not been found, authorities said. The name of the officer involved in the shooting has not been released, but GBI investigators confirmed the officer was wearing a body camera, which they said will be key to the investigation.

A southeast Georgia police officer was arrested in connection with a deadly shooting, the GBI said.

Zechariah Presley of the Kingsland Police Department turned himself in Wednesday on charges that include voluntary manslaughter, the agency said.

The department also released Presley's personnel file, which shows he was hired last year despite admitting that he had physically fought with his wife, had bought or sold marijuana, repeatedly shouted at people, was involved in "2-3" accidents and had been arrested for "reckless, eluding, speeding," according to his handwritten text.Presley also racked up nine incidents during his year in the police department, at one point parking outside the house of a black man who had complained to the chief, prompting the man to say that Presley had him fearing for his life.