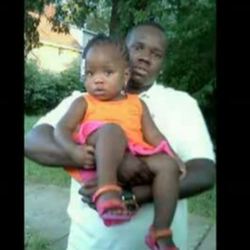 “We believe we have the evidence we need to prove Mr. Stockley’s guilt beyond a reasonable doubt in a court of law,” said Jennifer M. Joyce, Circuit Attorney for the city of St. Louis.

In a probable cause statement, prosecutors allege that Stockley shot into Smith’s car at Riverview and Thekla, in St. Louis. Then Stockley and his partner, who was driving the SUV, chased Smith at speeds over 80 miles per hour. During the pursuit, the defendant is heard on an internal police car video saying he was “going to kill this motherfu**er, don’t you know it.”

As Smith’s car was slowing to a stop, Stockley is also heard telling the other officer to “Hit him right now,” at which point the driver slams the police SUV into the victim’s car.

Stockley then approached Smith’s car on the driver’s side and shot five times into the car, striking the victim Anthony Smith with each shot. The victim died as a result of the gunshot wounds.

Stockley claimed he saw Smith with a gun earlier during the drug deal and felt he was reaching for the weapon when the car crashed and he shot the suspect. During the initial investigation, Stockley claimed he recovered a loaded silver handgun in the vehicle between the center console and passenger’s seat. A gun was recovered from the victim’s car but was later determined by lab analysis to have only Stockley’s DNA on it.

Video evidence released on September 21, 2016 is embedded below, which appears to show the officer planting the weapon. In the video, Stockley is seen going back to his police vehicle and placing his AK-47-style pistol into a duffel bag, a weapon which the officer was not authorized to carry. He is then seen going back to Smith’s car and entering the vehicle twice for several moments.

On September 16, 2017, the officer was acquitted of murder in a bench ruling. Judge Timothy Wilson, the circuit judge who heard the case in a bench trial, acquitted Stockley on the murder charge as well as a charge of armed criminal action in a 30-page order released Friday morning.

Wilson wrote that he was "simply not firmly convinced" of Stockley's guilt, saying that "agonizingly," he went over the case's evidence repeatedly. Ultimately, Wilson said, he was not convinced that the state proved beyond a reasonable doubt that Stockley "did not act in self-defense."

August 2016 Witnesses who captured video of shooting question the thoroughness of the investigation.

In February 2018, the legal battle over a set of disappearing, reappearing police lab reports was being reopened. Specifically, lab results showed that then-Officer Jason Stockley's DNA — and only his DNA — was found on a handgun the ex-cop said he'd found in Smith's car following the fatal December 2011 shooting.

It was info that should have been turned over to Smith's survivors during a civil lawsuit that resulted in a $900,000 settlement — but wasn't. The former assistant Attorney General who handled the case said she did not know why the reports were not included among the documents and evidence provided to the family's attorney. But, she insisted, it was not her fault.

In February 2019, U.S. District Judge Charles Shaw dismissed the civil case filed by the white former St. Louis police officer who was acquitted in Smith's death. The 58-page ruling that largely focused on technicalities and language in the lawsuit, the St. Louis Post-Dispatch reported.

The former officer, Jason Stockley, accused investigators of intentionally disregarding and lying about evidence when he was charged with murder in the 2011 shooting death of Anthony Lamar Smith. Stockley was charged nearly five years later and filed the lawsuit after his 2017 acquittal.