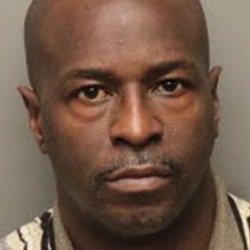 Irate family members are defending Anthony Bess, the man shot and killed by police in Whitehaven Tuesday night. We've also learned the Memphis police officer who was shot in the arm while serving an arrest warrant for Bess was hit by friendly fire from a fellow officer. The officer has been released from the hospital and is recovering. Bess was fatally injured in the incident. His family members are claiming he was murdered by police, saying they believe he never pulled a gun on officers and shouldn't have been shot. "I feel like everything that went on they portray him as a bad person," said his daughter Ebonye Bess. "True, he had a record. Everyone did stuff, but he did his time." Bess' daughter said her father didn't know officers were looking for him and that he wouldn't have been at home if he did. "He was cooking and everything. I don't think he'd be waiting for police to come. He wasn't waiting on them. He didn't know," she said. "I just got off the phone with my dad (before police arrived). He didn't know. I didn't know that was going to be our last words."