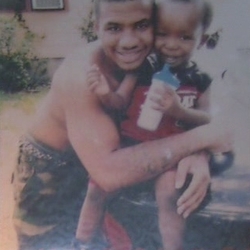 Several neighbors called the police on Anthony after he had gotten in a fight with someone whose house he spent the night at. One officer came, they got in an argument, the officer used a Taser gun on him but claims it did not have the desired effect. The officer then proceeded to shoot him once, when Anthony did not go to the ground the officer shot him 4-5 more times until he was pronounced dead.