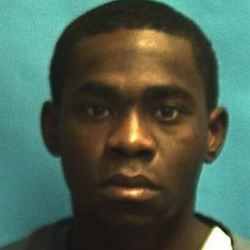 When Miami-Dade police pulled over Anthony Ford on Wednesday night at the Liberty Square housing project, detectives discovered the man was a fugitive wanted for violating his probation.

But before Ford, 27, could be handcuffed and arrested, he took off running, police said. So officers called for backup. A perimeter was quickly set up.

Moments later Ford was dead, the victim of a fatal bullet fired by one of the backup officers: Sgt. Eduardo Pares, a 17-year Miami-Dade police veteran and member of the department’s Crime Supression Unit.

Ford was killed, said the president of Miami-Dade’s police union, because he abruptly turned around “with his hands toward his waist, like he was going to pull out a gun.”

“He was in fear for his life,” Police Benevolent Association President John Rivera said of the sergeant.

By Thursday afternoon police had not recovered any type of weapon that belonged to Ford, sources familiar with the investigation said.

Pares has been taken off duty on the streets, Miami-Dade police said in a statement. “Placing the involved sergeant in an administrative assignment is in the best interest of the community, department, and involved sergeant. This action is not a determination of wrongdoing by any means,” the department said.

According to police it was about 9 p.m. Wednesday when detectives spotted Ford and his cousin Rodderick Ford, 27, driving a red Nissan van at Northwest 68th Terrace and 15th Avenue, in the city of Miami.

Police didn’t say why the officers pulled over the men. Records checks revealed the two had outstanding warrants. Rodderick Ford was arrested without incident, though police didn’t say what charges he was facing.

Anthony Ford took off before he was taken into custody. He ran toward a home and there was some type of “confrontation,” according to a Miami-Dade police spokesman.

Pares fired his weapon and struck Anthony Ford. He was transported to the Ryder Trauma Center at Jackson Memorial Hospital, where he was pronounced dead.

State records show Anthony Ford was wanted for violating a five-year probationary term for an armed robbery conviction that earlier sent him to prison for seven years. According to court records, Ford cut off his GPS ankle monitor in June, vanished and had been on the lam ever since.

The Florida Department of Law Enforcement and Miami-Dade prosecutors will investigate any possible criminal wrongdoing during the shooting.