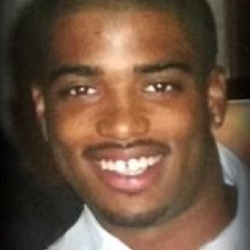 At a press conference during the height of the K2 scare last summer, Police Commissioner Bill Bratton described an encounter between his officers and a Bronx man suspected of being high on the synthetic drug. The man allegedly locked himself inside of his apartment, prompting officers to hack at the door with an electric saw. "This individual was so out of it, he grabbed the electric saw with both hands and was totally impervious to the pain," Bratton told reporters. "It took quite a few efforts on the part of our officers to ultimately subdue him." Bratton did not name the man, or clarify that 29-year-old Anthony Paul II died of cardiac arrest hours after he was tasered and handcuffed.

March 2016 Paul's family announced on Wednesday that they are filing a $25 million lawsuit against the NYPD, EMS and North Central Bronx Hospital claiming violation of civil rights, use of excessive force, wrongful death and negligence.