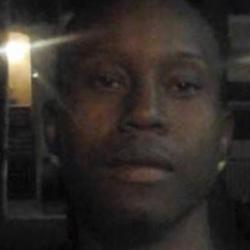 Anthonie Smith, 25, was shot at 6:03 am on July 16, 2015 by police in the roadway in the 24900 block of Sunnymead Boulevard, according to a coroner’s report released in response to media inquiries. The names of the deputies involved have not been released.

About 3 a.m. July 16, Smith’s parents called police to say he had just physically assaulted a juvenile relative, and that he had a history of mental illness, the Riverside County Sheriff’s Department said in a news release. After police confronted him in his home, Smith fled. Later, two deputies found Smith near Perris and Sunnymead boulevards. The deputies said that despite their pleas that he surrender, Smith refused to put down objects in his hands – later determined to be a knife and a hand tool – and advanced on them, causing at least one of them to shoot. A Taser that deputies attempted to use during both encounters with Smith had no effect, a sheriff’s statement said. It was unclear why.

Moreno Valley has a system of more than 250 surveillance cameras, many placed at intersections and parks around the city, which are monitored by the Sheriff’s Department. Manning said if any cameras captured the shooting, the footage would not be made public because it would be part of an investigation.