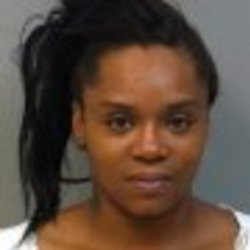 Anna Brown had visited several hospitals complaining of pain in her legs. When she was ignored at St. Mary’s Hospital, she refused to leaved, screaming and yelling that she was in pain. The hospital had her arrested for trespassing. The Police Pfficer dragged her out in handcuffs after a doctor said she was healthy enough to be locked up. At the Richmond Heights Police Department, she cried that she couldn’t stand up or get out of the car, so the officers dragged her out of the car by the arms and into the police station. The Officer left her there lying on the concrete floor of a jail cell, moaning and struggling to breathe. Just 15 minutes later, a jail worker found her cold to the touch. Officers suspected Brown was using drugs. Autopsy results showed she had no drugs in her system and Ms. Brown died from a pulmonary embolism and determined Anna Brown’s death in a jail cell was caused by blood clots which had formed in her legs and migrated to her lungs. In the video of the Ms. Brown’s final moments officers are seen carrying Brown into a jail cell. The cell door closes and Brown is heard moaning and crying. Allowed to die by St. Mary’s Health Center security personnel and Richmond Heights PD