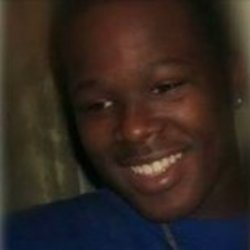 "I'm not doin' nothing!" 17-year-old Angelo Miller is heard shouting in the background of a 911 call that recorded the final moments of his life before a Cleveland police officer fatally shot him.

A lawsuit filed by Miller's family claimed Officer John Lundy, an 18-year police veteran, "recklessly and deliberately" shot the unarmed boy as he drove away from the officer who suspected him of stealing car radios.

Lundy said the boy tried to run him over with the car.