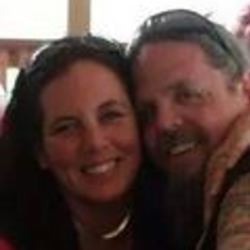 Once the shooting erupted, Angela Williams fled the store, like everyone else. Two of our citizen journalists were on the scene as shoppers poured out. They began interviewing shoppers who told them of a “maniac with a gun who is opening fire on shoppers.” That maniac with a gun was not John Crawford, it was Officer Sean Williams.

Angela Williams, however, never made it out of the store. Coroner Sharrett attributes the cause of Angela Williams death to acute ventricular dysrhythmia due to hypertensive and arteriosclerotic cardiovascular disease.

Williams had an irregular heartbeat which led to a cardiac arrest as a consequence of heart disease. The report says nothing of any drugs or alcohol in Williams’ system. Williams’ death is officially listed as homicide due to the chaotic circumstances inside of the Beavercreek Walmart on August 5th.

According William Harden, the Greene County Coroner’s Office chief investigator: “If she had been walking around normally and just collapsed, that would be a natural death.”

But instead, he explained, “She was fleeing and running.”