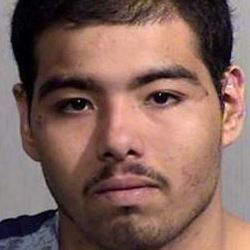 Authorities are investigating the fatal shooting of a Maricopa County inmate who officials say escaped, albeit briefly, from sheriff's custody on the way to a medical appointment.

One of the detention officers chased the escapee while the other secured the remaining two prisoners. Enriquez said investigators do not believe those two inmates were involved in the escape attempt.

The detention officer caught up with the inmate and the two got into a scuffle during which the inmate grabbed the officer's gun.

"There was a shootout here," Enriquez said.