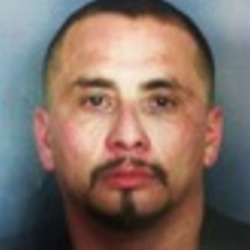 Vincent Maiorana said. Ruiz had just exited the restaurant, ignored police commands to put his hands up, evaded a police dog and removed from his waistband a BB gun that looked like a real handgun, he said. Maiorana said the man, who had been undergoing mental problems and alcoholism, picked up the fake gun in front of three officers who were aiming their guns at him.