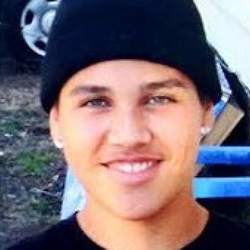 Andy Lopez, a 13-year-old boy, was carrying an airsoft BB gun near his Santa Rosa home when he was shot to death by sheriff’s Deputy Erick Gelhaus on the afternoon of Oct 22, 2013. Gelhaus shot the youngster seven times in an encounter that lasted less than 20 seconds; his partner didn’t fire a single round.

In July 2014, District Attorney Jill Ravitch cleared him of any criminal wrongdoing.

July 2015  The FBI and United States Department of Justice have found there were no federal civil rights violations in the October 2013 shooting death of Andy Lopez.

January 2016 The county had sought to have the entire case dismissed, but in his ruling yesterday the judge said the case should be decided by a jury. The trial is scheduled to begin on April 11, 2016

On August 4, 2016, it was reported that the Sonoma County Sheriff’s Office had promoted the deputy who killed Andy Lopez to sergeant with an accompanying pay increase

In early January, 2017, a federal appeals court reaffirmed its decision to allow the family of Andy Lopez to pursue a wrongful death claim against the Sonoma County sheriff’s deputy who shot and killed the boy carrying a replica assault rifle in 2013.

In December 2018, Sonoma County resolved the Andy Lopez lawsuit without acknowledging any fault or liability, with a $3 million settlement.

November 2013 Since the incident two weeks ago in Santa Rosa, the family, along with friends and the Latino community have been galvanized and the streets have been full of protests, reports the station.

The Sonoma County Board of Supervisors approved $1.2 million for Andy’s Unity Park March 15, 2015.

“These children don’t have a place to go or a place to play,” Carranos said. “So getting them off the streets is really important. The park gives them a place to act like kids rather than being portrayed as what society is portraying them as.”