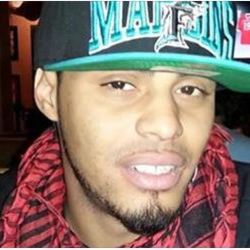 The Schenectady man who died in police custody Thursday was dragging his feet and yelling in pain when police apprehended him, a witness said Saturday.

Andrew Kearse, 36, was apprehended by Schenectady police Thursday after fleeing on foot from a traffic stop on Ward Avenue. Kearse was stopped  outside his girlfriend's home, after which he ran into the backyard, where he was captured a few minutes later, police said.

Police said Kearse complained of breathing problems and said he felt dizzy, according to the Daily Gazette, and was unresponsive by the time he arrived at the police department.

He died later at Ellis Hospital.

A neighbor, who preferred not to be named, said Kearse was dragging his feet and yelling that his legs hurt when he was taken into custody. The neighbor could not see any thing preceding Kearse' arrest, but said Kearse was taken from the backyard by two officers, and it took four officers to lift him into a police vehicle.

Other witnesses have described similar details. Terry Cuzdey, a neighbor, told the Daily Gazette he "heard someone yelling, 'You're hurting me, you're hurting me! You broke my leg!" at the time of the arrest, though he did not actually see Kearse at any point.

Kearse's girlfriend Susan Perry said that, upon arriving at the police station, she saw "two police officers were dragging him out of the car like an animal, and he was lying on the ground motionless," she told local media Friday. "When I called his name multiple times, he didn't respond. He was looking up at the sky, not blinking, motionless."

Perry declined to comment any further on Saturday. She was charged Thursday with misdemeanor obstructing governmental administration.

The State Police have since taken over the investigation.

"The Schenectady Police Department has provided unfettered access for this investigation into the events leading up to Mr. Kearse's death and is cooperating fully," State Police said in a press release  Friday afternoon. State Police said medical assistance was rendered but Kearse did not recover.

"The chief asked them to become involved in this," Schenectady police spokesman Sgt. Matthew Dearing said Friday afternoon about the State Police investigators.

Dearing said the city police department will not release any more information about the man's death now that they've handed the investigation over to the State Police.

"It is too early to comment on the specifics of the incident as it just occurred last evening," said State Police Capt. Robert Patnaude, who is the acting Troop G commander. He said troopers will release details "when we are confident they are accurate."

Patnaude classified the probe as a "death investigation," with a primary goal of identifying whether the man's death was natural, accidental, a homicide or a suicide.

Once the cause of death is determined, the investigation will continue like any other, Patnaude said. If it is classified as a homicide, the State Police could charge the officers involved.
But, in the earliest of stages, the probe is not criminal, he said.

"Our first goal is to determine what this is, and how and why this happened," Patnaude said. The Schenectady Police Department, he said, "wants to have an impartial investigation."

Kearse's encounter with police began at 4:34 p.m. when an officer observed an alleged traffic violation and tried to pull him over, Schenectady police said in a news release issued Thursday night.

The driver pulled into a Ward Avenue driveway and ran into a backyard, city police said. Officers chased him.

Their "brief foot pursuit" ended behind a Donald Avenue home and Kearse was arrested, city police said. Dearing said the man was not shot or Tasered but would not say whether police used other types of force.

The man was put in the back seat of a police car and, on his way to the police department, he told Schenectady police officers that he was having trouble breathing and felt dizzy, city police said.
By the time the police car arrived at the station, he was unresponsive, police said.

Paramedics were called to provide treatment and Kearse was taken by ambulance to Ellis Hospital, where he was pronounced dead, police said.

Dearing said he displayed no visible signs of distress before mentioning his symptoms.
"It's an unusual incident for someone to die in custody like this," Patnaude said. Police departments occasionally ask the State Police to investigate why people in city cops' custody died or whether an officer was justified in shooting his or her gun, the captain said.