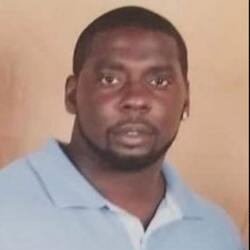 Andrew Brown Jr., a North Carolina man, was shot and killed by police in Elizabeth City on Wednesday morning while officers were executing a search warrant against the man.

Pasquotank County Sheriff Timmy Wooten confirmed Brown's identity during an afternoon press conference roughly seven hours after the shooting. "It's been a tragic day," he said. "We will be transparent with this situation, absolutely."

Wooten added that deputies from his office conducted a search warrant at 421 Perry Street around 8:30 a.m. He did not specify what the search warrant was for.

"During the execution of the search warrant, a citizen who was the subject of the search warrant was shot and fatally wounded," Wooten said in a statement. "This was a law enforcement officer-involved shooting and, as such, the North Carolina State Bureau of Investigation has been contacted and will assume responsibility for the investigation into this incident."