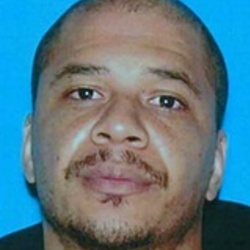 Andre Maurice Jones, a 37-year-old black man, was shot and killed by Los Angeles police Monday, Aug. 18, in the 3700 block of South Grand Avenue in Historic South-Central, according to Los Angeles County coroner’s records. About 2:20 a.m., Los Angeles police attempted to pull over a 2001 gold-colored Chevy Tahoe, which was allegedly “driving recklessly” near West Florence Avenue and South Broadway in Florence, according to a news release from the department. When officers tried to conduct a traffic stop, the SUV drove through surface streets and onto the northbound 110 Freeway. The person driving the SUV then took the Vernon exit, and a person inside fired multiple rounds at officers, said LAPD Cmdr. Andy Smith.