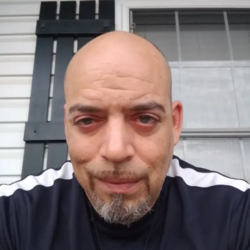 Andre Maurice Hill, 47, was shot and killed by Columbus Police Officer Adam Coy within seconds of their encounter, as Hill walked toward Coy holding an illuminated cell phone in his left hand. The chief of the Columbus Division of Police in Ohio announced he was moving forward with terminating Coy after the fatal shooting of a Black man Tuesday morning.

Columbus police officer Adam Coy, a 19-year veteran who is white, was arrested and charged with felony murder on Wednesday, Attorney General Dave Yost of Ohio announced. The officer was also charged with felonious assault and two counts of dereliction of duty.