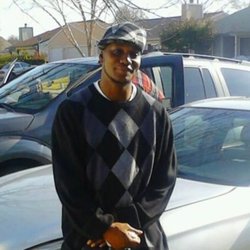 Portland Police Bureau identified the man who was shot and killed by an officer Sunday afternoon as 36-year-old Andre C. Gladen.

Officers responded to a home in the 9600 block of Southeast Market Street around 2 p.m. Sunday after a resident said a man, who he had never seen before, began pounding on his door and tried to get inside.

The resident said he went into his landlady’s home to call the police after the man refused to leave.

According to the resident, Desmond Pescaia, the man ran into a bedroom and pulled a knife. He said an officer used a stun gun on the intruder, but the man wouldn’t stand down.