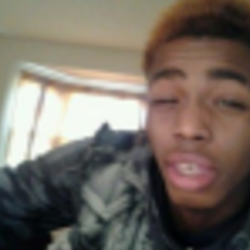 18-year-old Amonderez P. Green allegedly shot himself during an altercation with police Wednesday, October 28, 2015 near Ferguson, Mo., and died from his injuries Thursday. According to the Normandy (Mo.) Police Department, Green was suicidal and his family had requested help from police and medical personnel.

The events unfolded Wednesday shortly after 2 p.m. local time, according to St. Louis County police. When officers arrived on scene, the suspect was walking on the 5800 block of Bermuda being followed by family members seeking police and medical help. Ferguson and Normandy police were requested by the family to help the teen as he wouldn't communicate with them.

Officers attempted to open a dialogue with Green but he was uncooperative with both family and police, Normandy Police Department Corporal Tameika Sanders said during a press conference. The suspect then continued to walk into the 7700 block of Ellington, Corporal Sanders said. Officers from the Normandy Police Department exited their vehicles and attempted to talk to Green again. As officers approached, Green pulled a handgun from waistband and started firing at the officers. One officer attempted to use their department taser, but it was ineffective. One officer returned three shots only after the non-lethal taser was used. All three shell casings were found in a front yard of a residence.

St. Louis County Police said Saturday October 31, 2015 that the county medical examiner’s autopsy concluded that Amonderez Green died from a self-inflicted gunshot wound under the chin, the Associated Press reports. An autopsy confirmed that the injury was self-inflicted