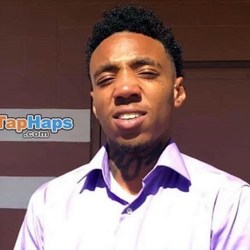 Amari Malone, an 18-year-old from Fort Worth who had a baby boy in the prior week, was fatally shot by Fort Worth police Wednesday, according to his family and the attorney representing them.

Police have said at least one officer shot Malone on Wednesday afternoon after Malone pointed a handgun toward officers. The officers approached Malone, who was a person of interest in a homicide case, and he pulled a handgun and ran, according to Sgt. Chris Daniels. Officers then reportedly chased him.