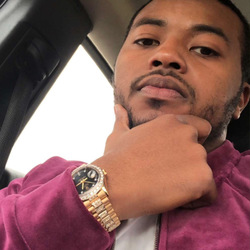 Alvin Lamont Baum, 23, was shot and killed by Virginia Beach Police near the 200 block of 35th St. at about 11:25 a.m. Friday after officers were attempting to serve felony warrants on the Norfolk man, police said. It was a joint operation between the Virginia Beach and Norfolk Police Departments.

No officers were injured, police previously said. A handgun was recovered near the suspect.