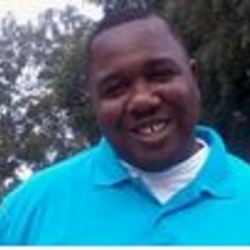 Investigators are still working to piece together what prompted the fatal officer-involved shooting that resulted in the death of Alton Sterling, 37. The coroner's office released the cause of death, but no other details have been released at this time.

The Baton Rouge Police Department confirms that Sterling died during a shooting at the Triple S Food Mart, which is located at the corner of Fairfields Avenue and North Foster Drive. The shooting happened at roughly 12:30 a.m. after police say they were contacted about a man who was carrying a gun and selling CDs outside the store.

Police said the uniformed officers responded to the disturbance call from someone who claimed the man was threatening him with a gun. Officials said an altercation happened between the officers and Sterling, who was shot during it.

BRPD officials said that two uniformed officers were placed on administrative leave following the incident. They added that any other information about the officers would be released on Wednesday.

"We have video from the store, we're going to get with the store owners, get their video," Cpl. McKneely said. "We have dash cam, I believe the officer had a body camera. I'm not 100 percent sure."

State Rep. Denise Marcelle said she was told by Baton Rouge Police Chief Dabadie that body cameras worn by both officers fell off during the incident and do not show the shooting. Marcelle said the chief told her there is footage of the shooting from the dashboard camera of one of the patrol cars as well as from at least one store surveillance camera.

The police gunfire sparked impassioned protests that continued past midnight outside the store — 24 hours after authorities shot Alton Sterling during a fatal 12:35 a.m. encounter. More than 100 demonstrators shouting “no justice, no peace” clogged the street, setting off fireworks and blocking an intersection to protest Sterling's death.

A second cell phone video (embedded below) of the killing outside Triple S. Food Mart shows two police officers tackling and wrestling a heavy-set man in a red shirt against the hood of a car before throwing him to the pavement.

The police have not said whether Mr. Sterling had a gun, but witnesses have said they saw a handgun on the ground next to him. Mr. Jordan, the lawyer, said Mr. Sterling’s relatives were not aware of him owning a gun.

Arthur Reed, the founder of Stop The Killing, the group that released the cellphone footage, said he only saw a gun after Mr. Sterling had been fatally shot. The group, a youth mentoring program, had heard reports on a police scanner about an arrest at the store, and showed up to gather video for potential use in a documentary about urban violence.

Mr. Reed said the group decided to release its video after he heard that the police had accused Mr. Sterling of reaching for a gun.

“He never reached in the video,” Mr. Reed said. “He never did anything.”

William Clark, the coroner of East Baton Rouge Parish, said that Mr. Sterling had died at the scene from multiple gunshot wounds to the chest and back. Lieutenant Dunnam declined to say whether both officers fired their guns, or if either of them used an electric stun device on Mr. Sterling.

On July 6, 2016, Louisana Gov. John Bel Edwards announced that the Department of Justice would lead the probe into the late-night killing of Alton Sterling.

July 2016 The owner of the convenience store where Alton Sterling was killed last week by cops alleges in a lawsuit that police stole surveillance video from his shop, confiscated his cell phone, and locked him inside a car for the next four hours.

July 2016 A group of local organizations are suing the Baton Rouge police over their treatment of demonstrators protesting the shooting death of a 37-year-old black man.

May 2017 Murderers will not be charged

After a Sept. 18 court hearing related to the civil lawsuit against the City of Baton Rouge and the BRPD, the attorneys released a BRPD email that described former BRPD Officer Blane Salamoni as “borderline nuts” a year before Sterling’s death.

CNN reports on August 6, 2019 that a Louisiana judge has ordered the city of Baton Rouge to turn over the psychological evaluation used in the hiring of former police officer Blane Salamoni, who was involved in the 2016 fatal shooting of Alton Sterling.

On September 23, 2020, Howie Lake II, a white Louisiana police officer who assisted in the arrest was dismissed from a wrongful death lawsuit. Lake used a stun gun on Sterling and helped wrestle him to the ground during the 2016 encounter in Baton Rouge. Lake did not fire his gun.

Alton Sterling’s family will hold his funeral at the Southern University F.G. Clark Activity Center. A viewing is scheduled from 8 a.m. to 10:30 a.m., with the service to follow at 11 a.m.