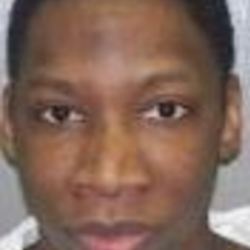 Alton Rodgers was found unresponsive inside his Clements Unit cell on Jan. 18 and died the following day. Cellmate Joe Greggs is accused of beating Rodgers to death.

The final autopsy and Texas Attorney General’s report on the unofficial homicide  tells a different story than what was stated publicly by Texas Department of Criminal Justice and led to the suspension of 18 prison guards and supervisors. The full autopsy results, obtained by the Amarillo Globe-News through an information request, show Alton Rodgers, 31, was 6 feet, 7 inches tall, weighed 148 pounds and had a body mass index of 16.7 when he died, described by one medical examiner as an advanced “starving” state more often associated with cancer patients or Holocaust survivors.

On Monday, October 10, 2016, the family of Rodgers filed a law suit against correctional officers, nurses and the former warden of the prison. The lawsuit alleges that the Texas Department of Public Safety and 33 employees of the prison at the time denied medical care necessary for treating tuberculosis, a serious bacterial disease that attorney Jesse Quackenbush believes was ailing Rodgers.