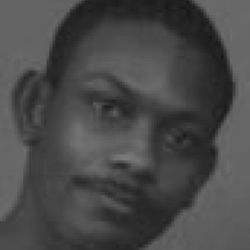 The South Carolina Law Enforcement Division (SLED) is investigating a shooting incident. On Friday afternoon, a Kingstree Police officer responded to a call of a man brandishing a gun behind a group of buildings located on Main Street in Kingstree.

According to Police Chief Eric Williams, after the officer arrived there was a confrontation between the officer Alton Reaves, 31 and gunfire was exchanged. Reaves was transported to an area hospital then medevac’d to the Medical University of South Carolina where he later died according to Williamsburg County Coroner Harrison McKnight. McKnight said an autopsy is being performed. According to Chief Williams the police officer was not hit during the confrontation.

Williams would not answer further questions: rather referring to SLED who is handling the investigation. "I called SLED because one of our officers was involved in a shooting and I wanted an outside entity," said Williams.  According to SLED public information coordinator Thom Berry, the investigation continues. "We are still in the process of collecting information, doing interviews, talking with people, as part of our investigative process," said Berry. Williamsburg County Sheriff's deputies also assisted the two departments after the incident.