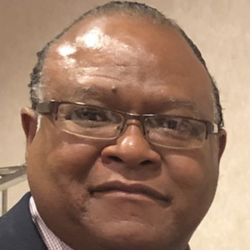 According to Arkansas Sate Police, 58-year-old Aloysius Keaton was shot by a state trooper near Interstate 30 and Roosevelt Road after a carjacking and, later, the stabbing of a Highway Police officer died at the hospital on Saturday night.

The shooting occurred about 7 p.m. Saturday, according to police.

According to the release, events leading up to the shooting of Keaton began when Little Rock police had alerted area law enforcement to the carjacking of a taxi at 7620 Baseline Road.

Police said Keaton abandoned the taxi after crashing into another vehicle while exiting I-30. When the taxi was spotted by a state trooper, the officer approached Keaton.

Keaton fled before encountering the Highway Police officer, whom Keaton stabbed when the officer attempted to arrest him, according to police. A stun gun was used on Keaton, but when that was ineffective, the state trooper shot Keaton with his firearm as the man moved toward the trooper with the weapon and refused an order to drop it, police said.

The Highway Police officer was treated for injuries that were not considered life-threatening and was released, according to state police. The state trooper who shot Keaton is on paid administrative leave amid an investigation into the shooting, per departmental policy.