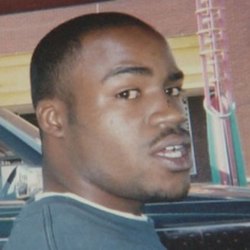 Denver Police said a man who died Monday at the Denver Zoo, now ID'd as Alonzo Ashley, went into such a cop-biting frenzy that he had to be contact-tased. But his girlfriend and family contend that he was merely suffering the effects of extreme heat when the situation spiraled out of control.

According to his girlfriend, who has asked not to be named, Ashley (nicknamed Tiger) got so overheated that he vomited. She adds that he was trying to cool down by splashing water on his head from a fountain near the elephant enclosure when a zoo staffer asked if he needed help. He allegedly responded by saying he wanted to be left alone, leading to calls to zoo security and Denver Police. She insists that no "domestic disturbance" of the sort cited by the DPD took place, and maintains that he didn't fight back against officers.

This account could hardly be more different from the one police have been sharing. They say Ashley attacked a zoo employee alerted by an argument with his girlfriend, and subsequently bit two people trying to subdue him, in addition to inflicting a head injury. Moreover, they describe him as so wild that contact tasing -- pressing the device directly against him, as opposed to shooting him with Taser barbs, which would have immobilized him entirely -- did nothing to slow him down. Only after he was belatedly brought under control did he begin convulsing, then stopped breathing. He died at a nearby hospital.

One more thing: Police say they found drugs and drug paraphernalia on Ashley, although they haven't specified more than that. His girlfriend insists he had no drugs on his person.