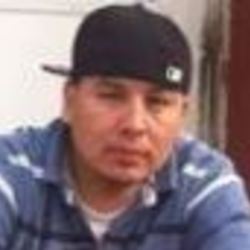 The American Indian man allegedly charged the officer with a knife, according to a news release issued by the Rapid City Police Department. The victim has not been officially identified at this time.

The tragedy occurred inside a dwelling at the Lakota Community Homes shortly after six p.m. Saturday evening.

Witnesses close to the scene indicate four shots were fired. There were no other injuries sustained during the incident, according to the Rapid City Police Department.