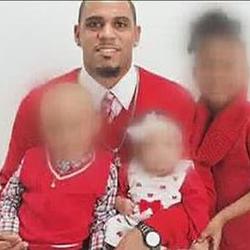 Just before 11 p.m., two North Las Vegas Police officers attempted to stop a white sedan on West Carey Road on an unspecified traffic violation, authorities said. The driver refused to stop and led police to a home in the 700 block of Miller Avenue, where the car pulled into the driveway, police said. The male driver got out and fled on foot, police said. The officers chased him to a desert lot north of Carey, where the man shot at the officers, hitting one multiple times in the lower extremities, police said. Both officers returned fire, killing the man, police said.